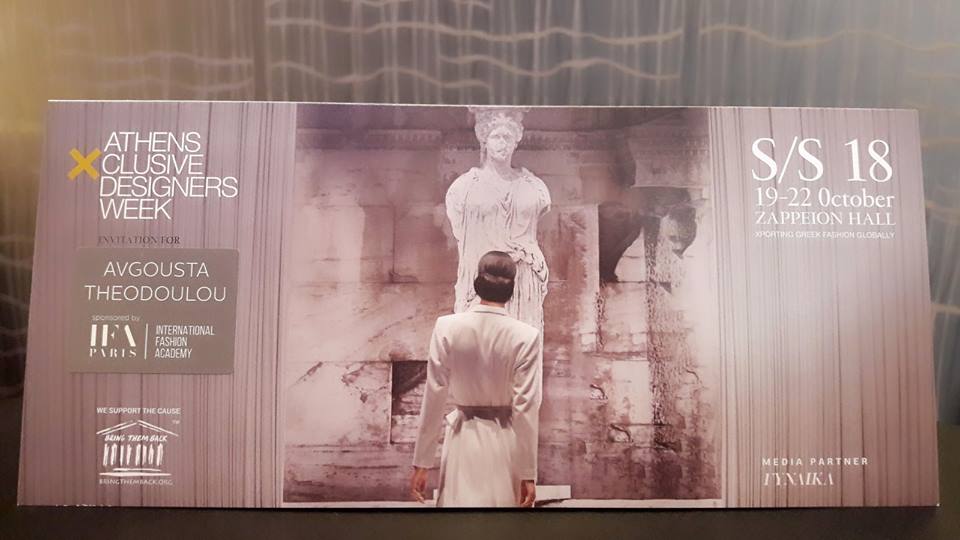 “Bodies out of frames” collection

We are excited to announce our upcoming fashion show at the 22nd Athens Xclusive Designers Week (AXDW – axdw.gr) which will take place at 5.30pm on Sunday, October 22 at Zappeion Hall, Athens.

After winning the “Best New Designer” award at the New Designers Awards of the 21st AXDW last spring, Avgousta Theodoulou travels from Paris, where the homonymous brand is based, back to Athens to present her new S/S 18 collection of womenswear entitled “Bodies out of frames”.

Avgousta’s signature is to combine complex handmade techniques with classic fine tailoring, in order to create garments with innovative and artistic forms that aim to be wearable at the same time. Avgousta insists once again on using high quality natural fabrics like linen, organic cotton, and silk.

The concept of the “Bodies out of frames” collection

“Frame” is a fundamental element in human perception. Literally, it highlights a part of physical space while at the same time capturing and restricting the content into its boundaries. Frames are also building blocks of one’s personality and how she understands the world. Each frame may be nonempty (highlighting some concept, experience, idea, concern, or knowledge) or empty (highlighting needs, desires, ambitions, or ignorance). In both cases, a frame stresses either its content – when exists, or the absence of content making more intense the sense of emptiness and unfulfillment (desires and the goals that are yet to be achieved).

The “Bodies out of Frames” collection has a dual interpretation. Firstly, it considers the human as a composition of various frames. Secondly, it refers to the human figure which embraces its weaknesses in order to make a step further out of its frame, beyond emptiness or restriction.

Inspiration for this collection have been the works of artists like Jean-Louis Corby and Isabel Miramontes that represent human being in all the ambiguity of its power and fragility through incomplete forms that remain though dynamic and flexible, and also Karl Blossfeldt‘s “Delphinium” who photographed plants creating higher artistic forms while growing and interacting with their environment. His photos were colorless and focused on plants’ structural details.

This collection has been partially sponsored by the International Fashion Academy (IFA Paris – ifaparis.com) that offered financial support and a fully equipped atelier in Paris for the needs of this project. Also, the shoes of this show have been granted by MIGATO (migato.com).

For more information and updates please contact us at contact@avgoustatheodoulou.com.

Ready to go… “Beyond the Little Black Dress”! 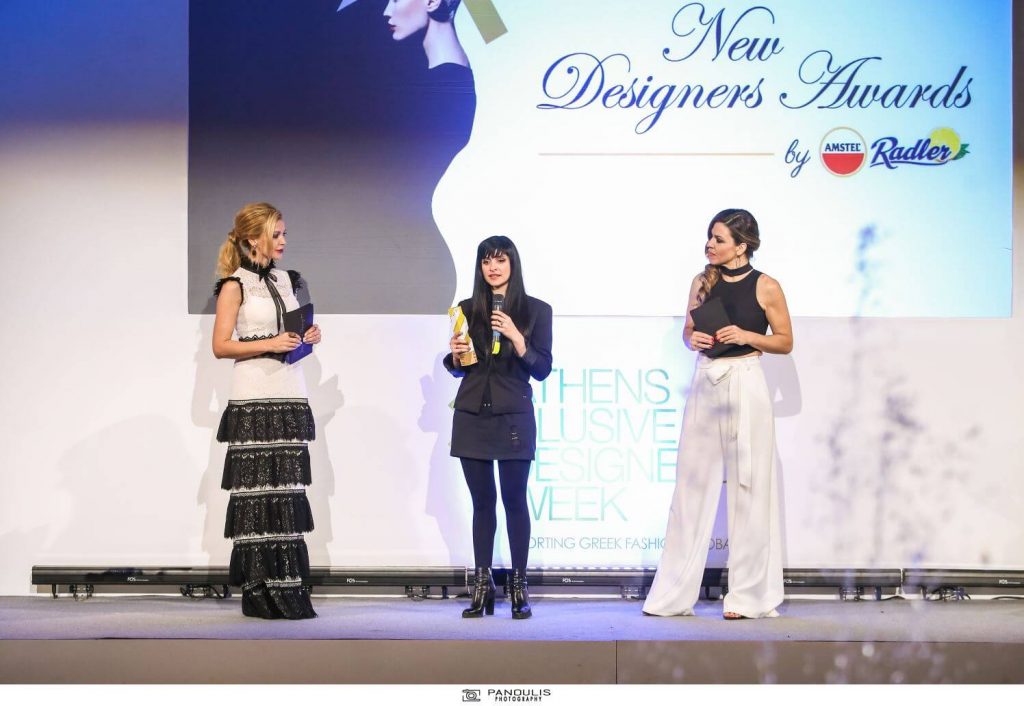 Sorry, the comment form is closed at this time.

About Avgousta and the Brand A Trip to Avgousta’s Universe

Back to Black! Photographer : @jeanneroseolivier

Macrame belt decorated with pleats! Made in cotton

She has dreams and she is determined to chase them

She is dreaming... #dream #macrame #blackandwhite

Avgousta's woman is sophisticated yet cool! She ha

Logo stories! Choose a path and go for it or find

Logo stories! Choose a path and go for it!

Enough is enough. Equality for all. #blackouttuesd

Enough is enough. Equality for all. #blackouttuesd

Enough is enough. Equality for all. #blackouttues

Zoom in the details: Organic cotton, a more sustai

21st Athens Xclusive Fashion Week 22nd Athens Xclusive Fashion Week Alliance Française award AXDW 2017 Best New Designer Award 2017 Carreau du Temple Cyprus FashionNetwork.com fashion show IFA Paris interview Made in France Made in Town Michel Temman poem Premiere Vision Tricolor Washington DC
We use cookies to ensure that you have the best experience on our website. By using our website, you consent to our use of cookies and other tracking technologies for that purpose.OkPrivacy policy