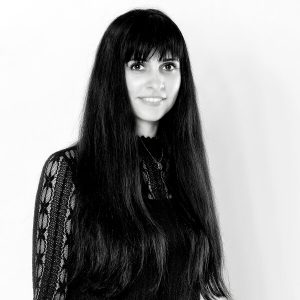 Avgousta Theodoulou is a Cypriot designer born and raised in Cyprus. In 2013 she made a turn in her life and moved to Paris to pursue her fashion dream, and in 2016 got her degree in Fashion Design and Technology from IFA Paris. Her graduation collection was selected to appear in catwalks around the world, Paris, Washington D.C., China, and Greece. In 2017 she won the Best New Designer Award in Athens Xclusive New Designers Awards.

Since 2017, Avgousta runs her self-labeled fashion brand based in Paris. Committed to high quality and sustainable fashion that respects the environment and human, the brand uses natural fabrics and materials of fair production.

Obsessed with high quality and committed to sustainable fashion that respects people and the environment.

2019: “Beyond the Little Black Dress – 4th Edition” catwalk at the Embassy of France in Washington DC, USA.

2016: “Beyond the Little Black Dress – 2nd Edition” catwalk at the Embassy of France in Washington DC, USA.

If you have general inquiries, please contact us at contact [a.t] avgoustatheodoulou.com and we will get back to you as soon as possible.

For other inquiries you can use any of the following emails.